Editor's note: This post was originally published on August 27, 2016.

Playgrounds are full of physics. Slides are ramps, swings are pendulums, and seesaws are kid-sized levers.

Mix some science fun into your next park visit by tossing some canned goods and toy cars into your bag. Your kids will have a blast racing them down the slide, and they may even learn a thing or two. Parental supervision is suggested so kids don’t get hit with rolling cans.

How to Stage a Ramp Race 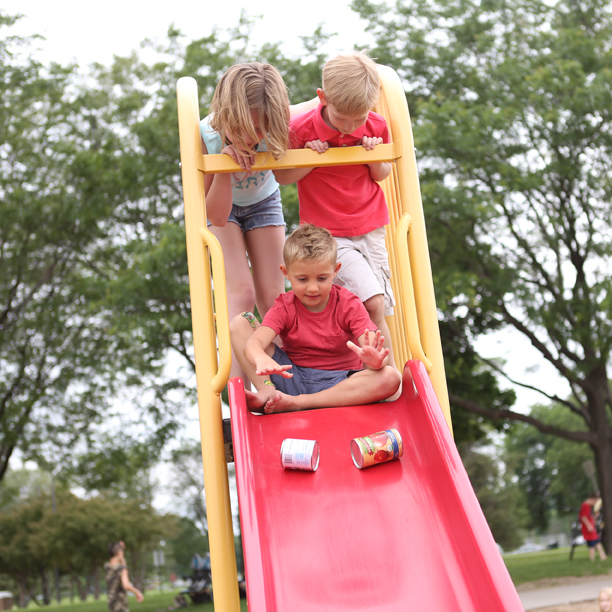 Step 1: Have your children line up the liquid and bean cans at the top of the slide. They can use a yardstick to help line them up.

Step 2: Suggest that everyone guess which can will win the race. 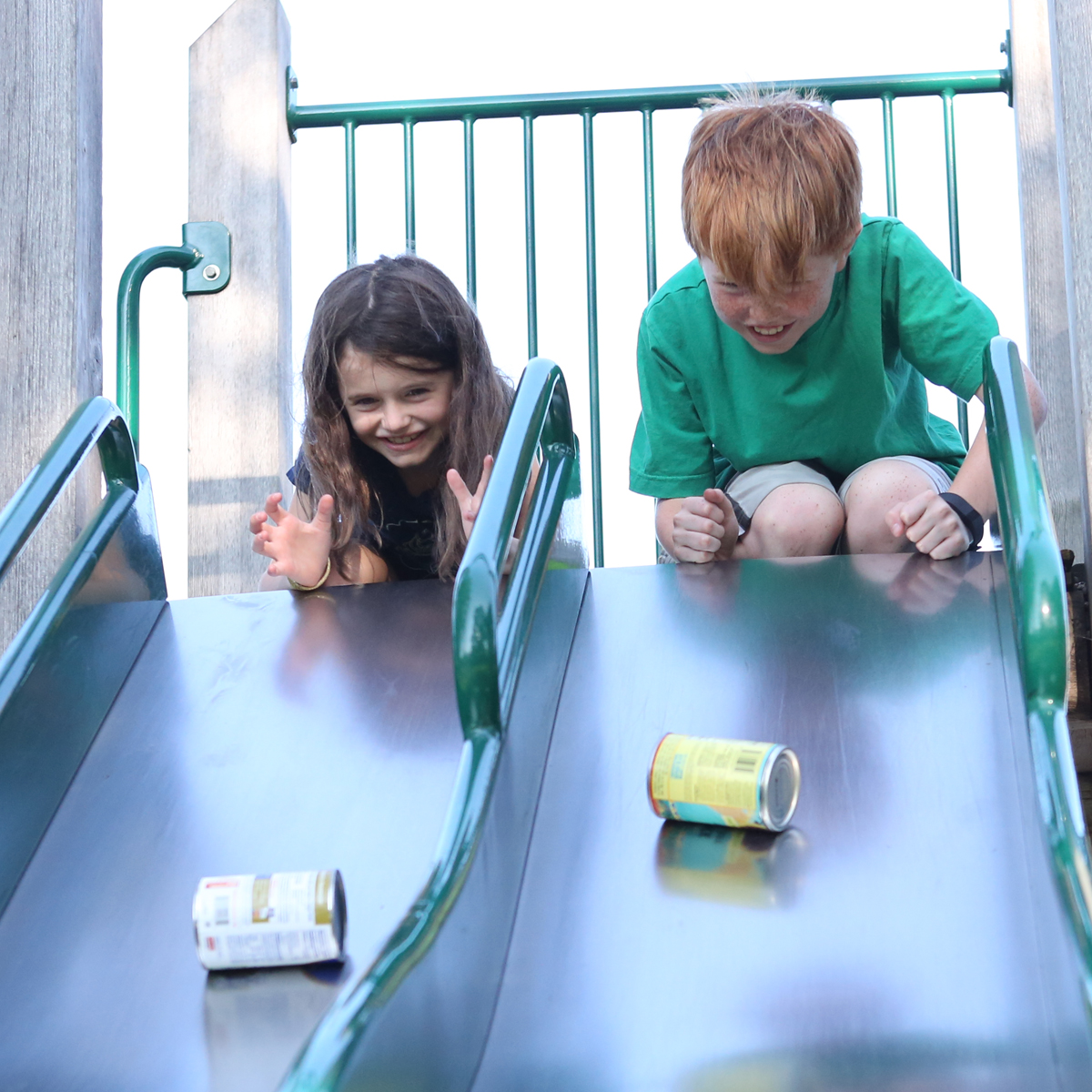 Step 3. Start the race by telling your kids to let go of the cans at exactly the same time. See which can reaches the bottom of the slide first. Ask whether their guess was correct.

Step 4. Try it again, and time the race, or record it on a phone camera in slow motion.

Step 5. Have your kids repeat the experiment with different sized cans to see what happens. 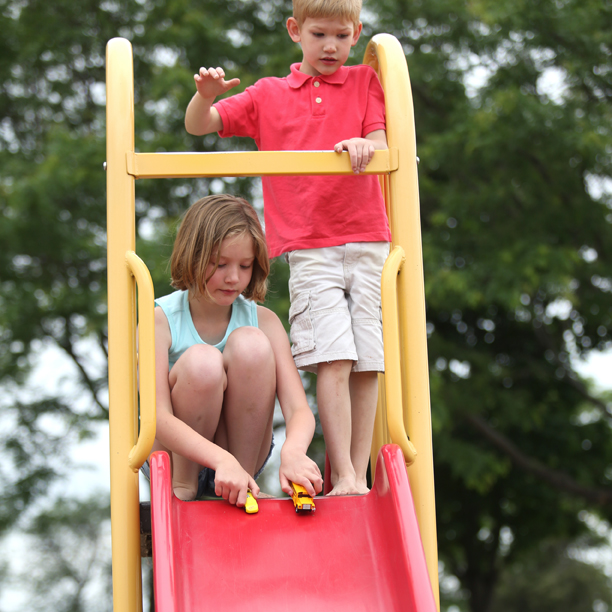 Step 6. Try racing toy cars and trucks down the slide or ramp. Don’t forget to have them guess which one will win.

Gravity is the force that attracts the moon to the Earth. It's the same force that pulls you back down each time you jump. In this experiment, gravity pulls the cans and toy cars to the bottom of a playground slide.

At the top of a slide, cans with the same weight have about the same amount of energy. But you may notice that a can of tomato sauce reaches the bottom of the slide faster than a can of beans of the same weight, if you release them at the same time. That’s because the beans stick together and spin with the can, slowing it down, while the liquid tomato sauce doesn’t stick, letting the can spin faster.