No snow? No sweat. Instead of snow, put a paper bag or coffee filter over a bottle to create a volcanic cone. Make sure there’s a hole in the top that allows you to add baking soda to the bottle.

Hint: Vinegar can sting the eyes so supervise your small children.

What You'll Need for This Activity

How to Make a Snow Volcano 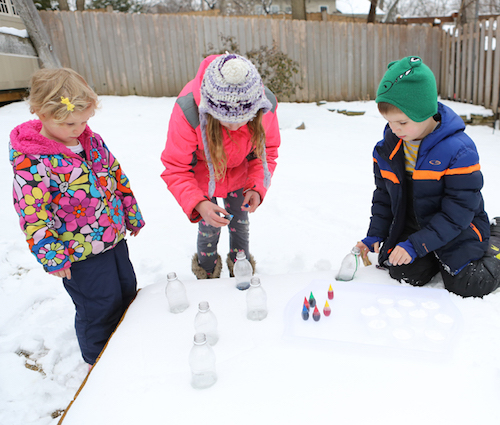 Step 2: Add a few drops of food coloring to the vinegar.

Step 3: Prepare a paper funnel, or squeeze the lip of a paper cup to form a pouring container. 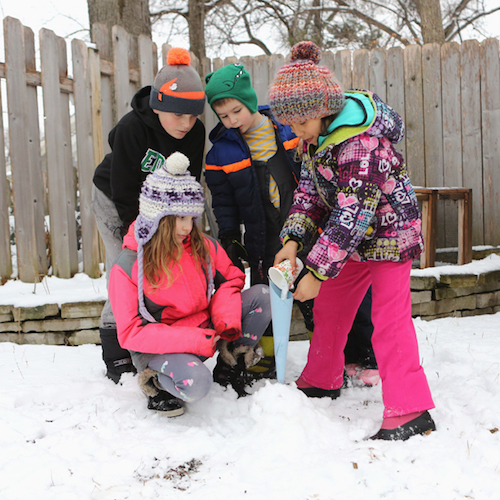 Step 4: Measure ¼ cup baking soda into a cup if using a funnel, or add it to your paper pouring cup.

Step 5: Go outside and form a cone of snow around your plastic bottle so that it looks like a volcano. Work fairly quickly so that the vinegar doesn’t get too cold. 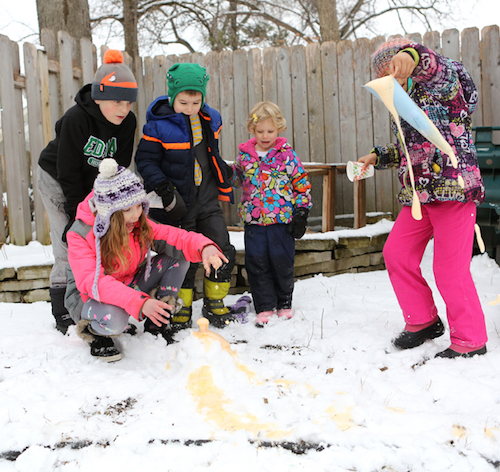 Step 6: Quickly pour all of the baking soda into the bottle using your funnel or pouring container, and stand back!

Once your children add the baking soda to the vinegar, the carbon dioxide gas pressure gets so strong that there’s only one way for it to escape: through the mouth of the bottle. The gas escapes with so much force that it shoots some liquid into the air, creating an eruption.

Interesting fact: In Iceland, there are many active volcanoes buried under snow, ice, and even glaciers. When the volcanoes erupt, ash often covers the snow before the lava flow arrives. When hot lava meets snow and ice, hissing steam erupts into the air.