Be positive and encourage risk taking in mathematics. Make mathematics a daily, authentic component in your child’s life. Encourage problem solving and persistence and ask your child to explain their thinking when working through math problems. And most importantly, don't worry! Just by refreshing yourself with one to three of the concepts below, you'll be understanding your child's math's lessons that much more.

K?8 Mathematics is typically structured around the following topics:

These larger topics are then divided into sub topics such as fractions, place value, properties of two and
three dimensional shapes and figures. The parent primer in mathematics is intended to help parents
understand and support the concepts taught in mathematics. The parent primer is organized around the
key topics and provides information about what children need to know.

You can see there are 3 millions, 2 hundred thousands, and so on. The 5 is in the thousands place. 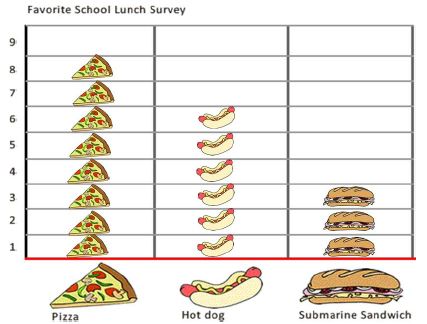 An angle is the distance between two rays or two line segments. Three kinds of angles you will encounter are:

And one special one, a Right Triangle, which is any triangle containing a right angle:

Area of a Triangle, Parrallelogram, Square and Rectangle

The area of a rectangle: A = base x height

Numbers refer to counting, comparing and ordering of whole numbers, decimals, integers and fractions. Operations refer to computations of numbers which include addition, subtraction, multiplication and division.

Students begin working with patterns in kindergarten. As they move into the fifth and sixth grades through to high school, algebra begins to replace patterns. Patterns are the foundation of algebra.

For Example: Jen learned that for each year old a person is, a dog is about seven years old. Determine the rule to write the people years for any
number of years for a dog.

A recursive pattern provides the start item or number of a pattern shows how the pattern continues.

For example, a recursive rule for the pattern 5, 8, 11, 14, … is start with 5 and add 3. A shrinking or growing pattern shrinks or grows, the start item(s) or number(s) show how the pattern continues:

?work with variables which can be objects, shapes or letters that represent unknown values or quantities (5 + x = 12)

?solve problems by working backwards, guessing and checking or by maintaining a balance

Data and probability concepts begin in kindergarten. Data concepts involve collecting and analyzing data and constructing graphs and charts to display the information. Probability is the likelihood for events to happen, it is determining if an event is impossible or possible and
measures of likelihood are expressed qualitatively or quantitatively.

First things first. Fractions are a lot easier to work with if you first reduce them to their simplest form, which means that 1 is the only number that can divide evenly (meaning without a remainder) into the numeration and denominator.

For example: 330/550
We can see right away that both numbers can be divided by 10, reducing the fraction to
33/55
Both top and bottom can also be divided by 11, giving us the equivalent fraction
3/5
Neither of these numbers has any common factors, so 3/5 is the simplest form.

Another way to do this would be to find the greatest common multiple of 330 and 550, which is 110. This allows you to reduce the fraction in one step.

If the fractions have different denominators, you must convert them to fractions with the same denominator. To do this, find the smallest common multiple of both numbers and convert both fractions to ones with that multiple as the denominator:

To multiply fractions, simply multiply the numerators and denominators:

To divide by a fraction, such as:

Simply flip the fraction (which is the divisor) and multiply by that number like so:

Adding and subtracting decimals is no different than with whole numbers. You just line up the decimal points and perform the operation. It only gets tricky when you multiply or divide.

When you multiply decimals, line up the numbers on the right (not with the decimal points) and multiply as you normally would:

If the divisor contains a decimal, get rid of it! Move the decimal place over an equal amount in both numbers until the divisor is a whole number (multiply both the divisor and the dividend by whatever power of ten is necessary to get rid of the decimal).
_____
24 / 489.6

Then perform the division as you normally would. The decimal point moves up into the answer at exactly the same point as it is in the dividend: