It’s not surprising that kids love Star Wars. There are strange and exotic planets, starships, and monsters. There are heroic Jedi knights battling the evil Empire's stormtroopers in a galaxy far, far away. Much nearer though, here on Earth, you and your kids can still enjoy the world of Star Wars ... using science (and some agar and Jell-O) to create a Star Wars-inspired, edible experiment.

Agar is a gelatin-like substance called a colloid, extracted from the cell walls of red algae. Often used in cooking, it shows up in science labs as well, where it’s used to separate DNA by size and grow microorganisms, like bacteria.  (Your kids will think that’s cool.)

It has a higher melting temperature than the gelatin used to make Jell-O. So, if you put a chunk of agar gel into melted Jell-O, it won't melt unless the Jell-O is really, really hot (about 150°F or 65°C!) That means you can create works of agar art, like Star Wars figures, to embed in your favorite Jell-O. For this experiment, we add coconut milk to the agar to make it white, and sugar to make it taste good.

As you prepare the agar and Jell-O, ask your kids what they think will happen when you add the agar/coconut milk mixture to the cold oil, and whether the Star Wars figures will float or sink in the Jell-O. Tell them that their guess is called their hypothesis. 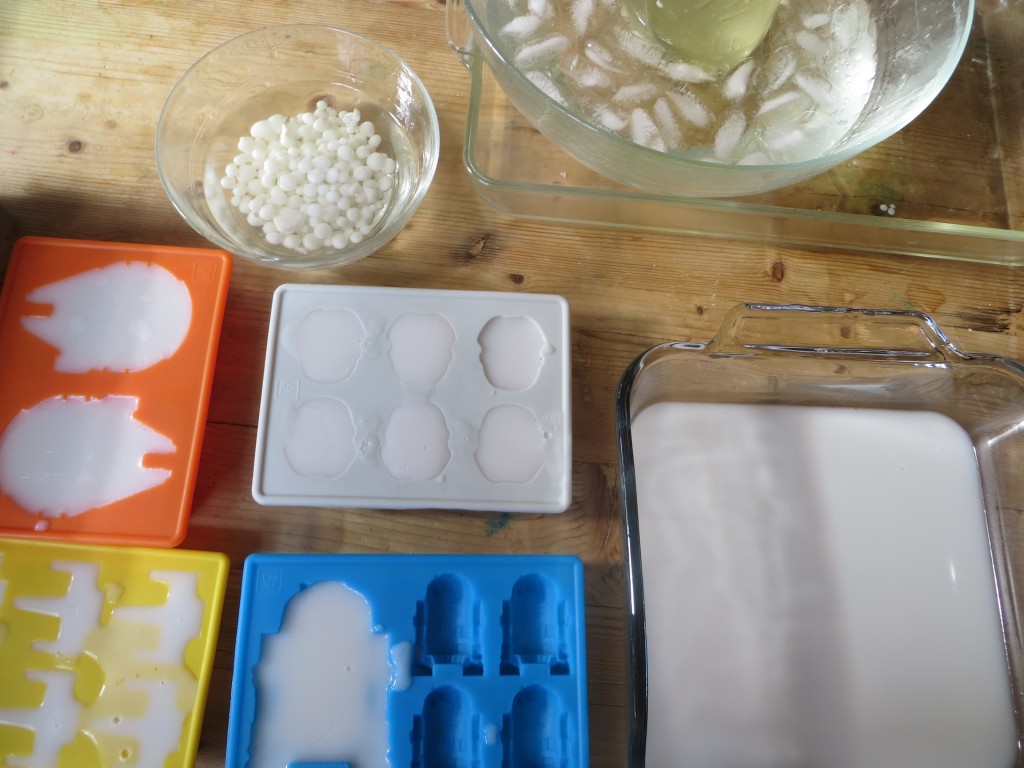 Always supervise kids around hot liquids, but once things have cooled down a bit, be sure to let them take over! They’ll especially enjoy dripping the agar/coconut milk mixture through cold oil to make orbs (a technique called oil-spherification, often used by chefs).

*If you want to make white orbs from the agar/coconut milk mixture, chill a tall jar or glass filled with vegetable oil in the freezer until it is thick and almost frozen. You'll also need some squeeze bottles or clean eyedroppers.

To create your white decorations and mini orbs, mix up this coconut milk/agar dessert: 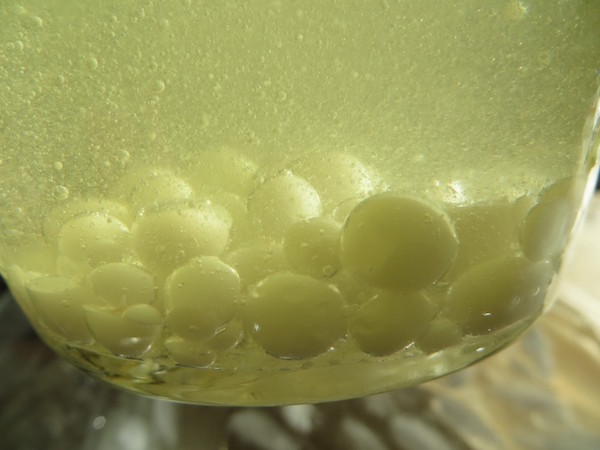 These are a fun addition to your Jell-O design.

Slowly drip melted coconut milk agar (see above) through ice-cold vegetable oil. As it falls through the oil, it will harden and form orbs. Let them cool for a minute or two in the oil, and collect them with a slotted spoon. Rinse before adding to your Jell-O. 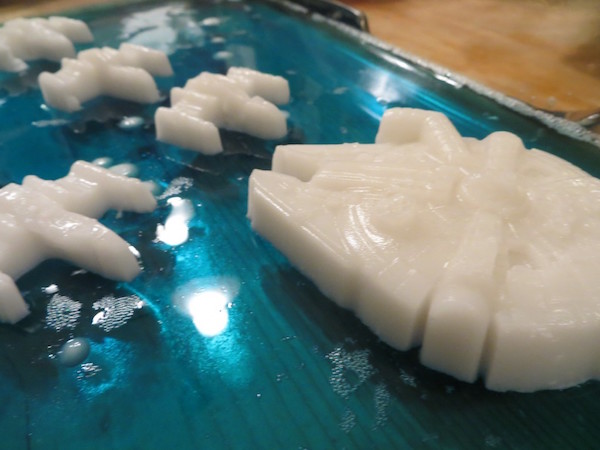 Follow the directions on the package for the speed set method. If you make a double batch, pour half of it into the bottom of a large, glass casserole dish or bowl. If it's a single batch, pour the whole thing in.

If you made coconut milk orbs, put some in the melted Jell-O. Do they float or sink? For the Star Wars figurines and molds, let the Jell-O solidify and arrange your agar decorations on the Jell-O.

Or make more Jell-O, or re-melt the other half of your double batch. When it's cooled down a little, pour it over your decorations to trap them in the Jell-O. You may want to leave them sticking out, or cover them completely with Jell-O over them for effect. 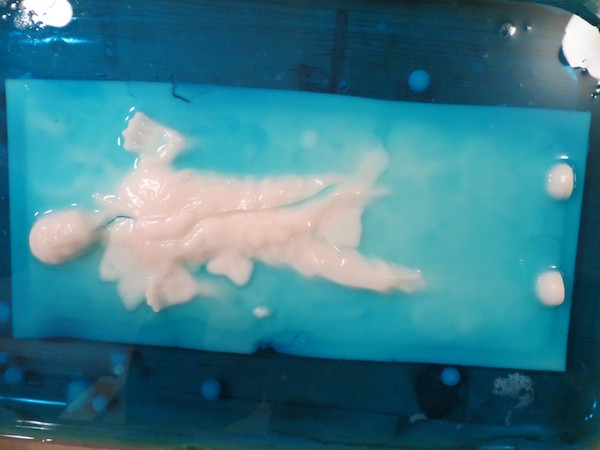 When the Jell-O is cool and jiggly, eat your experiment. And may the force be with you!