The start of the school year is the time to set the tone for the rest of the school year. Members of a learning community demonstrate many traits of success while fostering those traits in others. This literature-rich unit will ignite a discussion about the necessary traits for a year of success.

In cooperative groups, students will use a digital camera to illustrate each of the traits and write a caption to accompany the photos. These photos can either be made into books or into a beautiful classroom display.

Amazing Grace by Mary Hoffman
When Grace finds out her class is mounting a production of Peter Pan, she can't wait to audition for the starring role. But her classmates say Peter Pan can't be a black girl. Watercolor illustrations illuminate Grace's heartbreak and triumph as she — with the help of her family — shows everyone that true talent is more than skin deep.

Classroom Tip: This book serves as a good one to model the lesson process for the students.

Classroom Tip: This book has examples of the following character traits: tolerance, respect, and courage.

The Doorbell Rang by Pat Hutchins
This lovely book effectively conveys the concepts of sharing and simple mathematics to youngsters. "Bright, joyous, dynamic, this wonderfully humorous piece of realism for the young is presented simply but with style and imagination." —Horn Book

How My Parents Learned to Eat by Ina R. Friedman
An American sailor courts a young Japanese woman and each tries, in secret, to learn the other's way of eating.

Classroom Tip: This book showcases the character traits such as curiosity, compassion, and empathy.

Old Turtle by Douglas Wood
This contemporary classic offers a starting place for discussing beliefs, peace, and acceptance among the peoples of the world.

Classroom Tip: This book has examples of the following character traits: tolerance, respect, curiosity, and empathy.

Old Turtle and the Broken Truth by Douglas Wood
Earth creatures are suffering, for the people will not share their Truth, which gives them happiness and power, with those who are different from them. Then one brave Little Girl seeks the wisdom of the ancient Old Turtle, who sees that the people's Truth is not a whole truth, but broken.

The Story of Ruby Bridges by Robert Coles
As the first black child to attend an all-white elementary school, this historical fiction shows us all how brave and forgiving a 6-year-old child can be. "Our Ruby taught us all a lot. She became someone who helped change our country.... She led us away from hate, and she led us nearer to knowing each other, the white folks and the black folks." —Ruby's mother

Classroom Tip: Character traits such as compassion, empathy, tolerance, courage, and enthusiasm are an integral part of the story.

First year teachers, have your students answer the question, "What do successful people do?" New teachers can use this lesson plan to help students identify and chart the character traits that lead to success. 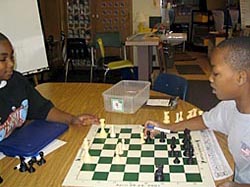 Here's a great lesson plan idea for new and first year teachers. Students examine and rank the desirable personality traits that they identified in the previous lesson.

--
--
--
--
--
--
--
--
Related Subjects
Achievement and Success Autumn Back to School Character and Values Manners and Conduct Plot, Character, Setting Understanding Others
Appears in This Collection
Collection
Creating a Classroom Community

A successful classroom community promotes positive social skills and academic achievement. Foster a sense of belonging in your classroom with these tips, activities, and unit plans.

I Care About Others
By
Sylvia Walker, David Parker
Grade
PreK-2
Paperback Book
$2.96
Out of Stock
From the Teacher Store