Step 1: Have students view the Step Into Character online activity from Inkheart Flashlight Readers Activity to gain insight into what they will learn in this lesson. Tell them that authors need to know their characters well enough to "speak" for them throughout the story.

Step 2: As a class, brainstorm other types of vital statistics that could be included about a character. Keep this list in view for students to consider when they create their own character sketches of one of the Inkheart characters.

Step 3: Readers love character-driven stories. They want to care enough about a character to find out what happens to them. Do they get what they want in the end? Do they grow through the adversity they face? It's how we relate to one another through the written word. It is very powerful. So what does your character want or need? An emotional need (learn how to love again, learn how to trust others, etc.), and a physical need (find a lost family member, learn how to walk again, etc.)? Give your character these needs and wants before you ever begin to write. The rest of the story is usually an attempt to meet those goals.

As a class, brainstorm a list of both emotional and physical needs and wants that characters might have. Keep this list in view for students to consider when they create their own character sketches of one of the Inkheart characters.

Step 4: There are two different types of characters: the good guy and the bad guy. Even antagonists (the bad guys or gals) must have something that is relatable or loveable about them. It's what makes them human. A woman who consistently breaks the trust of family and friends might also be a foster mother to stray animals. Find a redeeming quality even for your bad guy.

Step 5: Good guys (protagonists) should be just as interesting. Protagonists shouldn't be perfect people. We all have flaws. If your main character is too perfect, they will distance the reader. Readers want to relate to a character in some way. Give your main character a flaw, but not a fatal flaw. Maybe your hero is a good friend or brother, but he also spends so much time playing video games that he doesn't do his homework.

Step 7: Staying In Character. Characters act consistently within their personalities. Someone who always jumps to conclusions will do so in your story. Someone who is easily discouraged will be so in your story when things go wrong. Your character shouldn't suddenly and unexplainably act "out of character." In order for your character to be believable and someone your reader cares about, they need to be consistent in their reactions, responses, and attitudes.

Step 8: Putting it all together. We learn about a character through the storytelling, not from a list of vital statistics on a page. Now it's time for students to use their character-building sheets to help them write a narrative paragraph about their chosen character. Encourage them to weave the character traits in without listing them. Read aloud passages from Inkheart that reveal character traits, for instance the following:

Step 9:  Go over the Character Sketch Sample printable included in this lesson, either individually or as a class. Tell students to use their printouts from the Step Into Character activity to help them choose one character from Inkheart to write a one paragraph character sketch that includes as many elements as they can from their character-building sheet.

Use the Persuasive Writing Grading Rubric printable to grade the filled-out Character Builder Worksheet printable, the printout from the online activity, and students' final character sketches. Use the following expectations as a starting point: 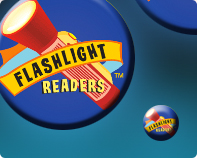 Fans of the popular book Inkheart, by Cornelia Funke, will love these fun, visually appealing online activities that bring the story to life.

You Wouldn't Want to Live Without Books!
By
Alex Woolf, David Antram
Grade
3-12
Reading level
S
Paperback Book
$7.46
Out of Stock
From the Teacher Store