Parents have long promoted role models for kids, but where are today's role models?

Traditionally, the worlds of sports and entertainment were full of examples. These days though, it seems that the news in both worlds is filled with constant scandals, if not criminal charges. Where should our children look?

The first answer, I think, is you! We're far from perfect but we -- as parents -- should strive to provide the best examples that we can. After all, we know that kids follow the examples of adults, particularly parents.

One of my colleagues at Adventure to Fitness recently wrote a blog on the importance of positive role models. It included a really cute video clip that a parent emailed, showing her son acting like his hero, Mr. Marc, who inspires him to exercise and eat well. The potential benefits from role models are numerous, including:

In thinking about this article, I asked our team about their role models growing up. Their list included Michael Jordan, Darryl Strawberry (yikes! in hindsight), A.C. Slater & Zack from Saved by the Bell, Rocky Balboa, Superman (partially to spite a brother's love for Batman), Wonder Woman, Thomas Edison, Nancy Drew (reluctantly The Hardy Boys too, when the library was out of Nancy Drew books), Anne Frank, and Helen Keller.

The most common people listed by far, however, were parents, grandparents, teachers, and coaches. This is certainly the case for me personally. My paternal grandfather came from a big family and when his father died at an early age, my grandfather was forced to drop out of school to support the family. Throughout his entire life, he generally worked multiple jobs including time in steel mills, construction, and the city fire department. I have no illusions that any of these jobs were easy. This became increasingly evident as my grandfather aged and faced more and more medical issues.

All of us grandchildren remember constantly getting quizzed in addition, subtraction, and fractions (the different measurements and tools from construction made him a master). Similarly, it seemed like he'd start asking about our “reports" (his term for report cards) weeks before they came out.

My grandfather constantly talked about the importance of education. He would tell stories about the Great Depression and I'm fairly certain that all of us can still recite the ending to every story “They can take away your house, they can take away your car, they can even take the shirt off your back, but they can't take away what's up here" as he pointed to his head. He witnessed so many sad stories during that period and was convinced that our most valuable asset is our mind.

It's probably little surprise, then, that all four of us grandchildren have advanced degrees. The youngest cousin and arguably the smartest in the group is a high school math teacher. Another cousin is an engineer with master's degrees in engineering and business. My sister has a master's degree in business and is a stay-at-home mom who's constantly teaching her two amazing sons. 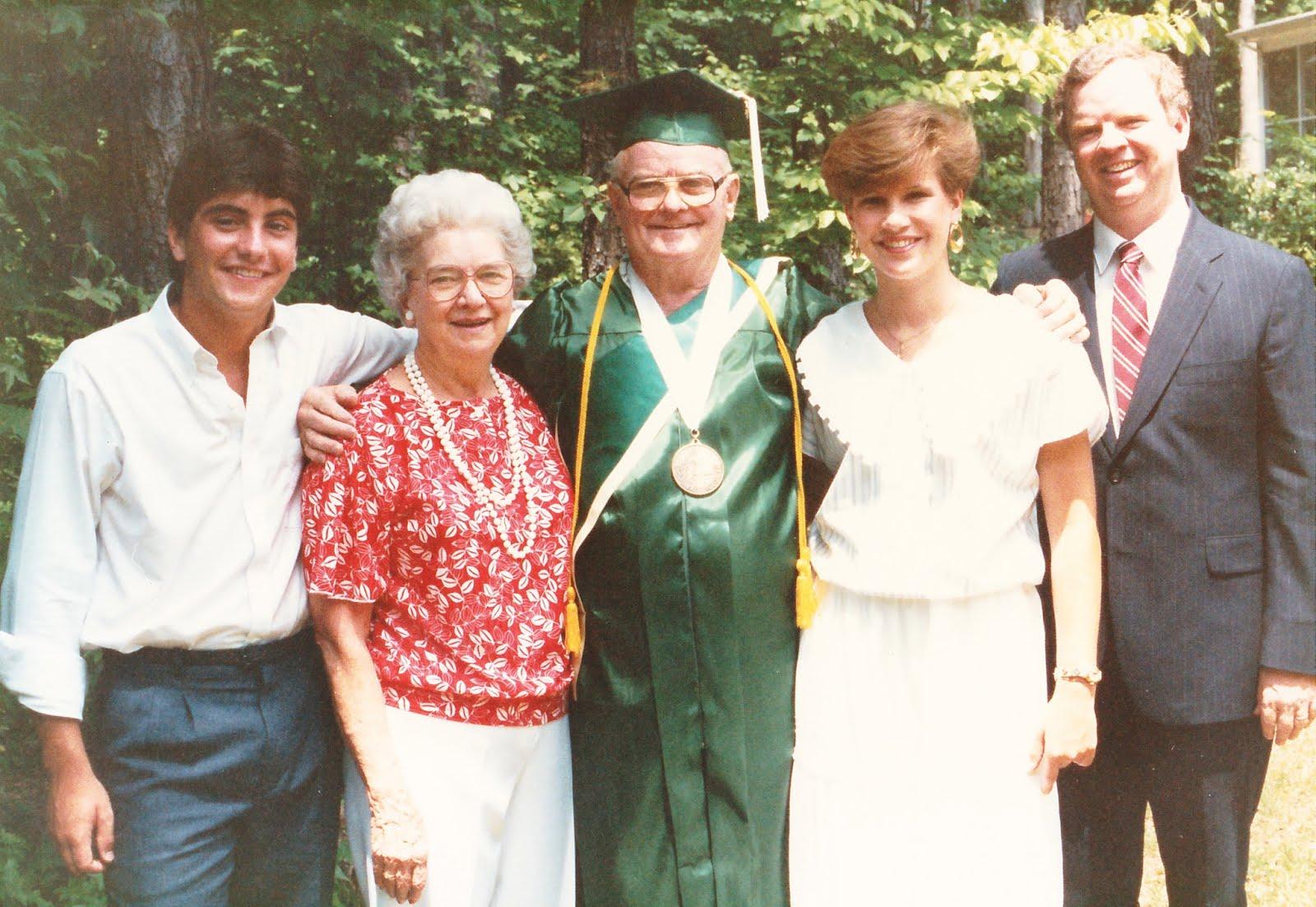 Here's a photo of my grandfather at my high school graduation. We took a picture of him wearing my cap and gown, finally giving him his own much-deserved graduation.

The point is that our kids don't need to look toward celebrities for role models. Opening doors for others, giving up a seat to pregnant women or the elderly, welcoming a new neighbor, visiting a sick friend, making the family a healthy meal, being respectful to staff in hotels and restaurants… these are everyday examples of behavior that kids witness.

For me, my grandfather was (and remains) a constant role model. Through his actions and stories, he instilled in me the values of hard work, education, and helping the next generation to achieve more.