While we had started rolling out our program in Fall 2010 to schools, at this point we had only started to work on options for families to use at home. I was initially perplexed how Austin's mom even found us. I had little time, however, to dwell on this because Robin pressed me for what we could sell and how quickly we could get it to her, stating that they'd be traveling and she needed the items before they left. She added that she'd be willing to pay about any amount and cover all express shipping.

Well. I was even more perplexed. I absolutely love Adventure to Fitness and have seen and heard many amazing stories from kids and teachers. Still, I half wondered if this was a prank from one of my college buddies. How'd she even get my number? I had to ask!

Then Robin opened up, "This year my son changed schools moving from elementary to middle school. 7th grade and transitions can be extremely difficult for children on the spectrum of Autism. Austin was diagnosed at 3.5 years old."  She mentioned again how much Austin loves the program and that he went online himself to find out more. Austin was the one that gave Robin the information to contact us! 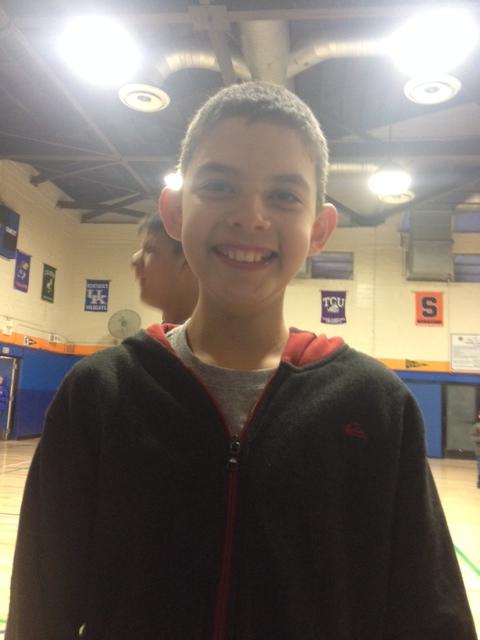 I'd love to say that we specifically addressed the needs and concerns of autistic kids when we started developing Adventure to Fitness. The truth, however, is that we simply wanted to create a fun and exciting way for kids to get active and learn. We know kids love digital media, which can have negative repercussions (e.g., sedentary activity and mindless viewing). Our goal was to flip this on its head by using digital media for positive goals. We did strive to make it "all inclusive" so that every child, regardless of sex, race, weight or other factors could participate and have fun, rather than compete.  But that's about as close to a focus on autism as we got.
Apparently, however, a ton of enthusiastic teachers (and parents) were finding all kinds of unique uses for our program.

Anyway, Robin shared more information in a quick email, "In an effort to help Austin before the school year started I called his new teacher Mrs. Mazo at Citrus Middle School and asked if Austin could attend her class for 2 days at least before the school year ended so he could see what things would be like there so he would not worry all Summer about attending the new school. So we went on a Wednesday and that happens to be the day every week Mrs. Mazo shows Adventure To Fitness in her class to get the kids up and moving and have some fun. I picked Austin up and I asked how was it?  He said 'I love it; when can I go back?'  I was shocked and started asking why? Austin told me about Adventure to Fitness. So we went back the following Wednesday and the same thing. Amazing!!!  So Austin started at his new school Citrus Middle School in Corona, California in August 2013 looking forward to the change."

She added, "Your company helped my son keep moving forward with his life and gave him confidence that he can do it and helped his Mom from trying to find some magic to help her son with another big change. Please share this with your staff, everyone was very nice today on the phone. Life is busy and your staff was a breath of fresh air."

If the story ended here, this would be reason enough to thank Austin and his mom. Similar to many teachers, our staff works lots of hours for relatively low pay. Stories like these, however, often provide the real "compensation," keeping our morale running high and making all the hard work suddenly seem like a "no brainer."

Austin's story increased all of our team's awareness of special needs kids and the challenges. Some of us were aware of the classroom challenges, but few had contemplated the other facts that Robin shared, such as the benefits of early-intervention or the challenges on the family (younger kids not understanding, younger siblings imitating, and high divorce rates for parents of autistic children).

But Austin's story didn't end there. We recently checked in and found that Austin "has become the leader and narrator of Adventure to Fitness Wednesdays" at school. He recruits his parents, siblings and nearly everyone to do the adventures with him at home. Robin said that Austin grasps all of the learning components of the adventures and has memorized all of the facts that are taught, incorporating them into regular conversations where he's now the expert. He's more engaged with the family and often, Austin is now the one who encourages everyone to take real adventures beyond the screen!

While we initially thought we were the ones who helped Austin, the reality is that he's taught us a tremendous amount in return. We're grateful for his passion and encouragement. It's also incredibly inspiring to hear about how this previously shy and isolated child is now the one leading other kids, not to mention his entire family, in their learning and new adventures!